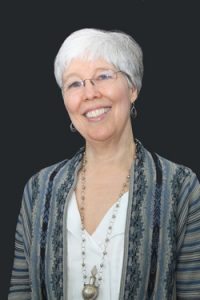 The AIPCT is pleased to announce its Fourth Annual Institute Lecture. Louise W. Knight, “John Dewey and Jane Addams Debate War.” The lecture was Monday evening, December 2, at 7 PM. It can be viewed here. She presented her research on the debates John Dewey (1859-1952) and Jane Addams (1860-1935) had over the issues of war and peace (the era of the First World War). Addams was a well-known social reformer, advocate of women’s rights, and peace activist. Her collaborations with Dewey in progressive education and the Laboratory School in Chicago made them lifelong friends. Their debates were respectful public exchanges in articles and speeches.

Louise (Lucy) W. Knight, snior fellow of AIPCT, is an author, lecturer, and historian. She has written two biographies of Jane Addams: Citizen: Jane Addams and the Struggle for Democracy (University of Chicago Press, 2005), about Addams’s formative years; the second book, the first full life biography of Addams in 37 years is Jane Addams: In Spirit and Action (W. W. Norton, 2010). Shifting her focus to the antebellum period, she is currently working on a book about the radical abolitionist-feminists, Sarah and Angelina Grimké, titled American Sisters: Sarah and Angelina Grimké and the First Fight for Human Rights, to be published by Farrar, Straus and Giroux in 2022. Knight’s writing have been published in the New York Times Book Review, the Wall Street Journal, the Nation website, CNN.com, and the Chicago Tribune. She lectures often at universities, historical societies. and academic conferences. She has appeared on public television, C-Span Book TV, and various radio stations. In her lectures, booktalks, and other writings, she explores the connections between early and current progressive civic action. She is a long-time Visiting Scholar in the Gender and Sexuality Studies Program at Northwestern University,  currently serves in the board of Biographers International Organization (BIO) and is a former president of the Frances Willard Historical Association, which manages the historical site, Frances Willard’s home, in Evanston, Illinois.

AIPCT is a not for profit private foundation promoting research and education in cultural and philosophical thought related to the American intellectual traditions. The doors open at 6:30. No reservation is required and admission is free and open to the public. Attendees are welcome to bring their own drinks and snacks, and light refreshments, beer, wine, and soft drinks are available. For more information, call 618-565-1238. 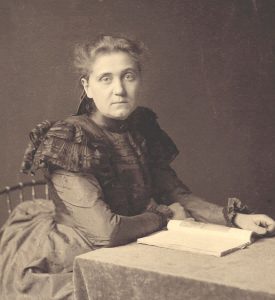