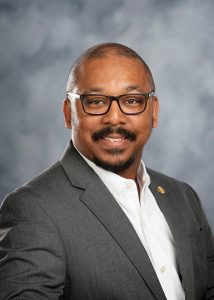 Sessions will begin at 7 PM central time (US) on Wednesday evenings.

Readings: All readings, including portions of Dr. Neal’s own work (some published and some not yet published), will be provided free. Pdfs will be posted online as the seminar proceeds. There is no fee for materials or for the seminars themselves.

To participate please send an e-mail to: personalist61@gmail.com

Anthony Sean Neal is an Associate Professor of Philosophy in the Department of Philosophy and Religion and a Faculty Fellow in the Shackouls Honors College of Mississippi State University. He is a 2019 inductee into the Morehouse College Collegium of Scholars. Dr. Neal received his doctorate in Humanities from Clark Atlanta University. He also received his Master of Divinity degree from Mercer University and a Bachelor’s degree from Morehouse College. Dr. Neal is the author of two books, Common Ground: A Comparison of the Idea of Consciousness in the Writings of Howard Thurman and Huey Newton (Africa World Press, 2015). The second is entitled, Howard Thurman’s Philosophical Mysticism: Love Against Fragmentation (Lexington, 2019).

February 2: Can Axiology, in General, and Aesthetics, in Particular, Serve as a Starting Point from which to Launch a Reflective Discussion upon Who is African American and What is Blackness?
handout: “Freedom Gaze,” Anthony Sean Neal

February 9: When are African Americans? How Time and Place Matter to the Experience of Blackness
Handout: “Modern Era,” Anthony Sean Neal

March 2: On the Question of Canon (handout)