The Passing of Joe Margolis 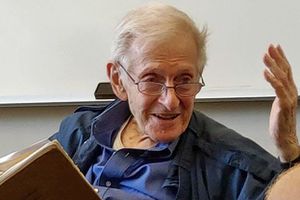 AIPCT is sad to have lost one of its most active and generous supporters. Joseph Margolis (1924-2021) was Laura H. Carnell Professor of Philosophy at Temple University (Philadelphia, Pennsylvania). He has taught philosophy, continuously, for seventy years at a large number of universities in the United States and world-wide. Margolis was a generous mentor, always having time for anyone who requested his help, whether those persons were officially his students or not. He answered as many invitations to contribute, to speak, to travel, and to engage as any human being could. He supported new undertakings by younger scholars who needed support, including those who founded AIPCT, but also of special value to us and our fellows was his support of the journal, Eidos, and other projects undertaken by the University of Warsaw and SIUC.

Joe started teaching at Temple in 1967, and was Carnell Chair from 1991 until his death. Having attained the age of 97, still in that position of full-time teaching, he was approaching a longevity record of academic service in philosophy. His final book is a collection of selected writings titled The Critical Margolis, published in Auxier and Shook’s book series with SUNY Press. He was a tireless contributor to American philosophy over many decades, publishing over 30 books and countless articles. Margolis was among the last of that generation to have studied with John Dewey’s proteges at Columbia University, providing a paradigm for the school of pragmatic naturalism. He visited AIPCT on multiple occasions, and his books will be incorporated into the freshly named Margolis Pragmatism Archive when the estate is settled.

Joe Margolis was a pragmatist, dialectically engaged with all the principal movements of Western philosophy, in search of an updated variant of pragmatism informed by twentieth- and twenty-first-century innovations. His primary premise holds that the human self or person is an artifactual transform of the primate members of Homo sapiens, uniquely achieved, evolutionarily, through the invention and mastery of natural language. He argued that pragmatism is demonstrably irreconcilable with strict forms of rationalism and transcendentalism. His recent research centered on the formulation of a theory of culture bearing on problems of knowledge and understanding, the analysis of the human and natural sciences, and the treatment of human conduct and agency, interpretation, historied existence, and normativity. His recent books included Pragmatism Without Foundations: Reconciling Relativism and Realism (2nd edn 2007), The Arts and the Definition of the Human (2009), Pragmatism’s Advantage (2010), The Cultural Space of the Arts and the Infelicities of Reductionism (2010), Pragmatism Ascendant (2012), Toward a Metaphysics of Culture (2016), and Three Paradoxes of Personhood (2017). He will be missed. 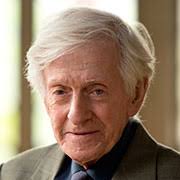