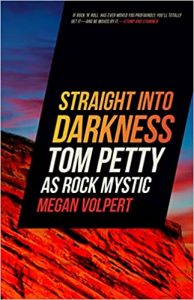 The AIPCT is pleased to celebrate the new book by fellow Megan Volpert, Straight Into Darkness: Tom Petty as Rock Mystic, published this September by the University of Georgia Press. Volpert will read an excerpt from the book, then a panel of four Tom Petty fans will respond, with time for audience questions at the end. This event will be held online on Saturday, September 10, 2022, at 1:00pm US Central Time.

This is a free event open to the public. To attend online, send a request for a Zoom link to: personalist61@gmail.com. Link will be emailed to you shortly before the event.

As Megan Volpert stood over train tracks preparing to surrender to the psychedelic blindness of simple human misery, of all the Heartbreakers tracks available to come through her headphones, “Straight Into Darkness” is the one that did. In this highly philosophical and deeply personal exploration of one obscure Tom Petty song, Volpert’s essays comb through the musical, historical, rhetorical, and sociological implications of a forgotten gem in a legendary catalog with satisfying results.

Through this epic celebration of the fortieth anniversary of the Long After Dark album, Petty and Volpert each emerge as modern mystics who argue that in the face of powerlessness, we rebel anyway. Volpert judges the forty years of Petty’s career with one finger on the pulse of Bob Dylan and an occasional whiff of Bruce Springsteen, looking at the sometimes-violent mob scene of concerts as a type of transcendent communion. Straight Into Darkness offers a compelling vision of rock and roll fandom where the songwriter’s hardworking sense of humor is enough to save us from absurdity. All you need is Albert Camus and a couple of chords.

You can purchase a copy of the book directly from the press at 30% off the list price using the code 08STRAIGHT at checkout: https://ugapress.org/book/9780820362465/straight-into-darkness/

MEGAN VOLPERT is an assistant professor of interdisciplinary studies at Kennesaw State University and a fellow at the American Institute for Philosophical and Cultural Thought. She is a frequent contributor to PopMatters and has written or edited more than a dozen books, including Boss Broad, which won a Georgia Author of the Year Award. She lives in Decatur, Georgia.

RANDALL AUXIER is co-founder and co-director of the AIPCT; he is a professor of philosophy and

communication studies at Southern Illinois University Carbondale, a musician, environmental activist, union advocate, and 2018 candidate for the United States House of Representatives, nominated by the Green Party in the 12th Congressional District of Illinois. He is a radio host for WDBX Carbondale since 2001 and co-editor of Tom Petty and Philosophy (Open Court, 2019) with Megan Volpert. 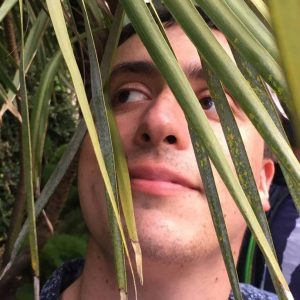 DANIEL BROMFIELD is a music journalist from San Francisco, CA. His work has appeared in Pitchfork, Resident Advisor, PopMatters, Atlas Obscura, and more. He runs the popular @RegionalUSFood Twitter account, focusing on obscure regional dishes from around the United States. He’s also a prolific musician active in the San Francisco rock scene and has been featured on more than 50 albums as a singer, songwriter, and keyboardist.

CRYSTAL SANDS is a Lead Contributing Faculty member at Walden University. She has been a writing professor for over twenty 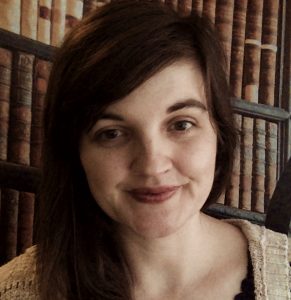 years and has won several national awards in online instruction and course design. She has taught over 20,000 students so far and edited the anthology Tom Petty: Essays on the Life and Work (McFarland, 2019). 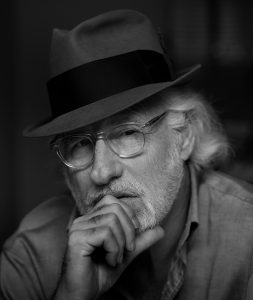 JOEL SELVIN is a music critic known for his weekly column in the San Francisco Chronicle, which ran from 1972 to 2009. Selvin has written books covering various aspects of pop music—including the No. 1 New York Times best-seller Red: My Uncensored Life In Rock with Sammy Hagar—and has interviewed many musical artists. Selvin has written liner notes for dozens of recorded albums and recently completed liner notes for the not-yet-released Tom Petty and the Heartbreakers Fillmore box set.