Winter/Spring Reading Group and Cyberseminar: Near Death Experiences and the Nature of Consciousness

Near Death Experiences and the Nature of Consciousness 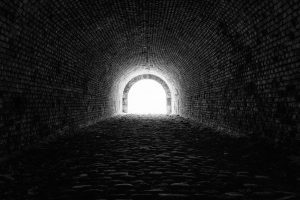 The AIPCT is pleased to announce that this years’ Spring reading group, is a manuscript of a yet to be published book by Robert De Filippis on Near Death Experiences and the Nature of Consciousness.

The group will meet in person, Saturday afternoons during the spring semester, 2022, 3:00-4:30 PM, at the AIPCT, 411 N. 9th Street in Murphysboro. The first meeting is January 21. It is possible to join late, or attend individual sessions, but please be respectful of the fact that the on-going conversation has a history that develops over the weeks of the study. Reading the material in advance is quite important, but the readings are not long or difficult.

One can also join on-line via zoom. (For a zoom link, write to personalist61@gmail.com.) All AIPCT reading groups are free and open to the public. There will be light refreshments provided, and attendees are welcome to bring their own libations and snacks to share.

Does the information we get from the scientific study of near death experiences throw any light on the nature of human consciousness? There are many who discourage the study of this topic because the empirical evidence tends to challenge the dominant picture of the universe defended by most sciences, what we can call “scientific materialism.” I have collected evidence from many scientific and first-hand sources and I bring them together around the question of whether scientific materialism can account for all of the facts we can document, and if not, which facts require a re-thinking of our picture of the universe? In what direction do these unexplained facts point, when we consider revising the habits of science.

There are several aims for this study. First we seek a more comprehensive understanding of our own conscious experiences, our power to manage them, a recognition of how we contribute to creating our reality. We seek the knowledge needed to take charge of the “objective reality” we help to co-create with others. Second is the issue of the planet’s salvation, the web of life, and our species. It all hangs in the balance between Western Mechanistic Materialism and the urgent need for a philosophical awakening prioritizing our connectedness and interdependence.

There will be ample opportunities for sharing our various views of these problems and possible solutions. The sessions will not be recorded, so people should feel they can speak freely, in a comfortable and stimulating environment.

All readings will be provided from the manuscript, tentatively called “Perturbing the Illusion of Materialism: How Near Death Experiences Challenge the Materialistic Theory of Consciousness.” PDFs of each week’s readings will be posted online one week in advance of each session as the seminar proceeds. There are no fees for materials or for the seminars themselves. 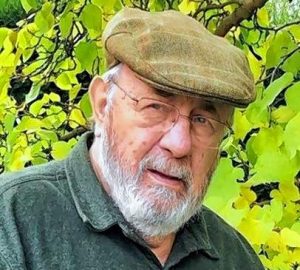 Mr. Robert De Filippis’ education has been geared toward business and psychology, with a specialization in management and organizational behavior. He is a graduate of SIU, DePaul University, Illinois Benedictine University, and is an ABD from the Union Graduate Institute, in Cincinnati, OH. Bob retired in 2002 and began his final career as a writer. He is a local figure active in radio and the printed news. He has published eight previous books on topics derived from his first  book on personality trait theory from the point of view of the linguistic construction and development of the human personality.

During his twenty year writing career he has also written over 800 published essays on relgio-socio-political topics in the U.S. In his latter career as an executive ontological coach he worked with his clients to deconstruct and reconstruct ontological presuppositions with the use of psychometric testing to pinpoint specific areas of concern.

His new book, Perturbing the Illusion of Materialism, (working title) investigates and reports on cognitive neuroscience, physiology, biology, death, dying, quantum mechanics, and the philosophy of mind as they explore and challenge our materialistic explanations of consciousness and the workings of our minds.

January 21:   The Illusion of Materialism

“Why should or how could any of our thoughts be real or beliefs be true if they really were the mere product of inexplicable and mostly random movements of atoms in our brains?”
Arne Klingenberg

“The evidence suggests that we live in a universe that is a self-organizing, intelligent, creative, trial and error, interactive, learning, participatory, informationally nonlocal, interconnected, evolving quantum system.”

“At this moment it seems as though science will never be able to raise the curtain on the mystery of creation. For the scientist who has lived by his faith in the power of reason, the story ends like a bad dream. He has scaled the mountains of ignorance; he is about to conquer the highest peak; as he pulls himself over the final rock, he is greeted by a band of theologians who have been sitting there for centuries.”

February 25:     Factors Affecting the Study of Near Death Experiences

“Life and death are one, even as the river and sea are one.”

“There is only one unity, unified wholeness, total natural law, in the unified transcendental consciousness.”

“How can a three-pound mass of jelly that you can hold in your palm imagine angels, contemplate the meaning of infinity, and even question its own place in the cosmos? Especially awe inspiring is the fact that any single brain,  including yours, is made up of atoms that were forged in the hearts of countless, far-flung stars billions of years ago.”

“I read a book called The Tao of Physics by Fritjof Capra that pointed out the parallels between quantum physics and Eastern mysticism. I started to feel there was more to reality than conventional science allowed for and some interesting ideas that it hadn’t got around to investigating, such as altered states of consciousness”.

April 1:      Consciousness, the Quantum, and NDEs

“By studying thousands of detailed accounts of NDErs, I found evidence that led me to this astounding conclusion: NDEs provide such powerful scientific evidence that it is reasonable to accept the existence of an afterlife.”

“Death is a metamorphosis of time – one more illusion born of our mental concepts.”

“If the discovery of the quantum level of the universe has done nothing else, it has shaken classical physics loose from its foundations. In doing so, we now know that the universe is of one substance, coherent and non-local. We can no longer use classical physics as the basis for our illusions of separation.”

Language is the house of Being. In its home, man dwells. Those who think and those who create with words are the guardians of this home. –

Chapter 17:   The Illusion of Certainty

“The only certainty is that nothing is certain.”

Chapter 18:   A Challenge to Prevailing Ontology and Epistemology

“The world in which you were born is just one model of reality. Other cultures are not failed attempts at being you; they are unique manifestations of the human spirit.”

“The real voyage of discovery consists not in seeking new landscapes, but in having new eyes.”

“The map is not the territory.”