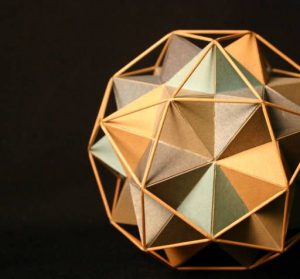 The Cultural Power of Personal Objects

All of the presentations are now available here.

The AIPCT is pleased to announce the annual Spring Conference on Creativity. The theme of this year’s conference is an exploration of how objects we don’t normally think of as “persons” take on personality, or may even become persons, for a group or an individual. How does this happen and what does it mean? The presenters come from the fields of education, Asian studies, Native American studies, philosophy, and religious studies; the topics, methods, and subjects of psychology, musicology, sociology, and anthropology will also be incorporated into the conference.

The conference is sponsored by the Foundation for the Philosophy of Creativity, and the Central Society for the Philosophy of Creativity. Free and open to the public. Light refreshments, soft drinks, beer and wine (not very good beer or wine, you understand) are provided, but members of the public are free to bring their own refreshments, to share or for themselves, and drinks (alcoholic or non). Doors open 30 minutes before the first event each day. Attendees are welcome to to remain after the last event to socialize and continue discussion.

Here is the schedule of presentations:

4 PM Residency Lecture of Jessica Pasca, University of Palermo, “The School at the Service of Democracy: The Thesis of John Dewey and Lamberto Borghi.”

11:00 AM “Convergence and Divergence of Spirit: Tsukumogami and the Personality of Objects” Kevin Taylor, University of Memphis

4:00 PM “The Comfort of Things: Personal Objects, Possession, Dwelling, and the Desire to Be God in Sartre, and Levinas” James McLachlan, Western Carolina University

This paper tells the story of how my piano taught me how to do jazz improvisation. What I learned is that the piano knows infinitely more than I do, not only about what works and what doesn’t work in jazz, but also about human emotions, values, the nature or reality, and the meaning of life. This is no metaphor: The piano literally must be a person in order to understand all these dimensions of human reality. It possesses this knowledge not because someone designed and built the piano to reflect someone’s idea of good music, but because it tunes in to basic structures of reality as revealed in sounds. The lecture is available on YouTube here.

Jared Kemling, “A Personalized Cultural World: A Cassireran Phenomenology of Personalized Intuition”
This presentation provides a phenomenology (in the spirit of Ernst Cassirer) of the way in which personalized experience becomes intuitive (assumes and takes on spatiality, temporality, and numerality). He argues that personalized experience spatializes in a mode of “responsibility,” that it temporalizes in a mode of “hope,” and that it numeralizes in a mode of “community.” The lecture is available on YouTube here.
Carrie McLachlan, “Cherokee Non-Human Persons in Dual Realms”
What constitutes a person will always be subject to interpretation, but after positing a working definition of person I will consider two important non-human Cherokee persons, the River and Corn, who would not normally be considered persons in Western religious and philosophical thought.  Not only would they not be considered persons, they would be considered impersonal objects. The lecture is available on YouTube here.
James McLachlan, “The Comfort of Things: Personal Objects, Possession, Dwelling, and the Desire to Be God in Sartre, and Levinas”

Sartre and Levinas both argue the reality of the otherness of the Other as another self-consciousness that is immediately available to us. Both are humanists in the French tradition, and as such, critical of the tendency toward the personification of things, that things take personal characteristics in cultural traditions. For each, thinking of an object as a person is a mistake, ontologically for Sartre, ethically for Levinas. While each is critical of the “personing” of things, each would also admit that it is the inevitable result of being-in-the-world, of human projects and dwelling. The lecture is available on YouTube here.

Jessica Pasca, “The School at the Service of Democracy: The Thesis of John Dewey and Lamberto Borghi”

The school should be at the service of democracy, Dewey argued, and the idea was revived, years later, by Lamberto Borghi, one of the first to have introduced Dewey’s thought into Italy. I will try to demonstrate how the school Dewey theorized in his early works is strongly connected to the principles of a democratic society set out in Democracy and Education and in Creative Democracy. Democracy should not be just a form of government but a way of life, as well as an “associated type of life.” As Dewey imagines it, democratic society is the ideal place where all express their uniqueness and where the encounter with the different is considered a source of enrichment. But there is a need for a school which, by becoming a laboratory of democracy, prepares us for the essence of democratic life: cooperation, collaboration and openness to individual differences After the fascist period, Lamberto Borghi developed a system similar to Dewey’s, theorizing a school that was directly related to democratic values and that educated a community personality capable of living in full respect for cultural and individual diversity. The ideal is relevant today. The lecture is available on YouTube here.

Kevin Taylor, “Convergence and Divergence of Spirit: Tsukumogami and the Personality of Objects”
This presentation addresses the veneration of objects in Japanese traditions through the transformation of the concept of buddha-nature as it originates in India and developed in Japanese thought. In focusing on animated household objects (animated through emergent kami characteristics by virtue of their longevity), this paper reveals how buddha-nature transforms from something attained through training to something understood possessed by all phenomenological objects. As objects take revenge against the humans who carelessly cast them away, these stories also serve as both a cautionary tale and normative ethic that manifested as reverence for objects. The lecture is available on YouTube here.

Ralph D. Ellis received his PhD at Duquesne University and a postdoctoral M.S. at Georgia State University. He has taught at Clark Atlanta University since 1985, and is interested in integrating the social sciences with the philosophy of mind. His various books in this area are listed at the Ralph D. Ellis page of Amazon.com. Ellis is also a jazz pianist and saxophonist. Many of his jazz recordings can be found easily online by Googling the his performing name, Raiff Ellis. Ellis is now trying to integrate enactive consciousness theory with moral and social philosophy, with relevance to our current era of internet disinformation and “alternative facts.” The new book, The Moral Psychology of Internal Conflict (Cambridge 2018) is an attempted beginning in that direction.

Jared Kemling is a tenure-track faculty member at Rend Lake College where he teaches Philosophy. Jared received his PhD in 2018 from Southern Illinois University Carbondale, writing a dissertation on Ernst Cassirer’s philosophy of symbolic forms and the idea of the person. His research interests are in German Idealism, Process Philosophy, Philosophical Anthropology, Philosophy of Culture, and American Pragmatism. He is an editor for the journals Dewey Studies and Eidos: A Journal for Philosophy of Culture. His current project is an edited volume under review by SUNY press entitled The Cultural Power of Personal Objects: Traditional Accounts and New Perspectives. 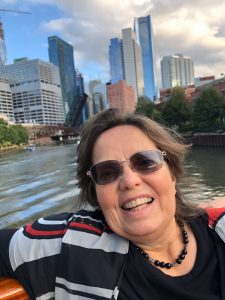 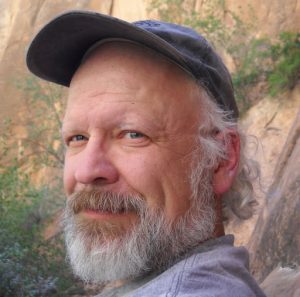 James McLachlan is professor of philosophy and religion at Western Carolina University. He is past co-chair of the Mormon Studies Group at the American Academy of Religion, and organizer of the Personalist Seminar. He has assisted as co-chair Levinas Philosophy Summer Seminars, in Vilnius, Buffalo, Berkeley, and Rome and is co-director of the NEH Summer Seminar on Levinas at the University at Buffalo summer 2017.   His recent publications have dealt with concepts of Hell in existentialism, Satan and demonic evil in Boehme, Schelling, and Dostoevsky, and the problem of Evil in Mormonism. He is currently working on a study of Levinas and the existentialists.

Jessica Pasca is a Resident Fellow at AIPCT for the month of February, 2020. She is a PhD student from the University of Palermo. She obtained a First Level Degree (bachelors) in educational sciences in 2015 dealing with the theme of new addictions and internet addiction. In 2017 she graduated with a Second Level Degree (masters) in pedagogical sciences with a thesis on John Dewey and intellectual education. In 2019 she  started the Ph.D. in “Health Promotion and Cognitive Sciences,” also from the University of Palermo. Her research interests concern the history of education. Currently, her research is about John Dewey and education for reflective thinking. She has published a paper entitled “L’educazione intellettuale: il rapporto fra docenti e discenti nell’ottica di John Dewey,” in Pedagogia e Vita. She is also interested in the reception of Dewey’s works in Italy, with particular attention to the work done by Lamberto Borghi.