The AIPCT and the Foundation for the Philosophy of Creativity are pleased to announce the fourth annual Spring Creativity Conference. The conference will be hybrid this year, with a limited number of socially-distanced in-person guests (by invitation), and also being sent out by Zoom to anyone who wants to attend.

For a Zoom link, please send RSVP to: personalist61@gmail.com

The Schedule (all times Central USA):

3:30-5:00 “Siblings in Spirit? – A Comparative Perspective on the Political Theories of Hannah Arendt and John Dewey,” Julian Klar, University of Heidelberg. The video is here.

5:00-6:00 Pizza Courtesy of the Foundation for the Philosophy of Creativity 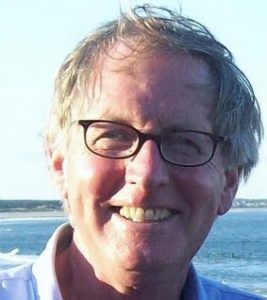 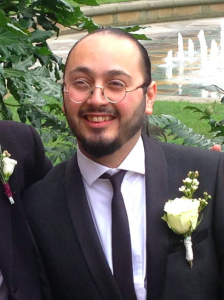 Paniel Reyes Cárdenas was awarded his MPhil and PhD in Philosophy by the University of Sheffield, UK. His PhD Thesis, treated scholastic realism in Peirce’s pragmatist philosophy, supervised by Christopher Hookway and Steve Makin. Apart from pragmatism, he has published papers on the philosophy of mathematics, metaphysics, medieval philosophy, philosophy of religion, and German Idealism. Professor Reyes Cárdenas is also a founder of the Peirce Latin-American Society. After a spell as postdoctoral fellow in the University of Nottingham, he became lecturer and researcher at the People’s Autonomous University of Puebla State (Puebla, Mexico). He is part of the Mexican Council of Science and Technology, awarded SNI 1, and is the author of Scholastic Realism (Peter Lang, 2018) and Ideas in Development (Cambridge Scholars Press, 2018).  Professor Reyes Cárdenas is visiting presidential fellow at the Oblate School of Theology in San Antonio from 2021-2022, and Resident Fellow at AIPCT for April, 2022. 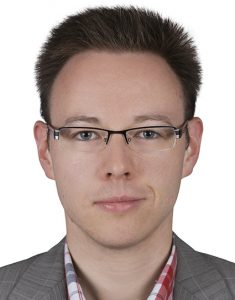 Julian Tobias Klar obtained his B.A. and M.A. two-major-degrees in Political Science and Philosophy from the University of Heidelberg in Germany. His M.A. dealt with Immanuel Kant and Hans Kelsen, employing their theories of international law on the nonproliferation regime of nuclear weapons. His main interest currently lies in modern and contemporary political theories, especially in the political theories of Hannah Arendt and John Dewey. He started the research for his Ph.D. in April 2020, aiming at a thorough comparison of the political theories of Hannah Arendt and John Dewey, also probing their theories’ reflective potential for today’s discourse in the theory of democracy. He is currently a visiting scholar at SIUC for an evaluation of the John Dewey Papers and Dewey’s private library and will be continuing his investigation at Bard College (NY), reviewing Hannah Arendt’s private library. 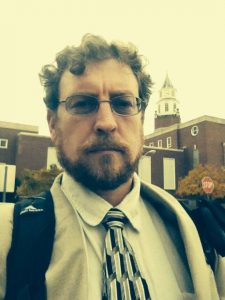 Leslie M. Murray is a Ph.D. student in Philosophy at Southern Illinois University Carbondale. His M.A. in philosophy was completed in spring 2018 with a thesis on the philosophical ideas of Gifford Pinchot, specifically on conservation, democracy, and ecological flourishing. He was a recipient of the prestigious McNair Fellowship as an undergraduate at SIUC with a thesis on the philosophical principles of evolution, general relativity, and time. He has presented papers at several national and international meetings and has published a translation (with Randall Auxier) of Bruno Latour’s “What Will You Gain If You Save Your Soul but Lose the Earth?” in Philosophy without Borders. He is preparing a dissertation on the ontology of culture on the topic of place-making, time, normativity, and belonging. He was a resident fellow of AIPCT from October to March, 2021-2022. His contribution to the creativity conference is also his residency lecture.

Robert E. Innis, The Paradoxical Burden of Creativity and Originality

The video is here. Goethe writes in Maxims and Reflections: “The most original authors of the day are not rated as such because they produce something new, but only because they are capable of saying this kind of thing as though it had never been said before.” He continues: “That is why the most attractive mark of originality is knowing how to develop a received idea so creatively that no one can easily guess how much lies hidden within it.” To make matters worse: ”There’s nothing clever that hasn’t been thought of before – you’ve just got to think it all over again.” Even the productions of artistic genius, he proposes, “are for the most part reminiscences.” Emerson was famous for wanting an original relation to the universe, which he consciously strove for in his writing. But even he, informed by his encounters with Shakespeare and Goethe, claimed that “all originality is relative. Every thinker is retrospective … there is no pure originality.” The greatest genius is, in fact, the “most indebted man” and the burden of creativity is a “petulant demand.” In this paper I examine just how much of a burden creativity is and how it can be in certain way demystified, if not domesticated. I take up such issues as the leisurely coming to consciousness of new ideas without what Dewey called the direct effort of “wit and will;” the consequent role of reverie and of the subconscious fund of meanings stored in our attitudes and habits; the indispensable role of materials, including semiotic materials, and the pertinence of Dewey’s notion of fundedness and sedimentation and mind as background. I explore some exemplifications and extensions of these ideas:  the gestural nature of painting and its materiality as outlined by James Elkins and Nigel Wentworth; cultural anthropologist Tim Ingold’s analysis of ‘making’ as the domain of ‘messy practices’ and improvisatory creativity as a ‘form-generating’ practice relying on the tacit knowledge of practitioners; and Kyna Leski’s metaphorical image of creativity as a storm, a dynamic field of forces in which we are caught up, “displacing, disturbing, and destabilizing what you (think you) know.” Looking at creativity in these ways can help free us from false ideas about its nature.

The video is here. Though studies of the different members of the classical pragmatist tradition exist in the literature, few of them place emphasis on the aesthetic leaning that the founders of the tradition had, let alone explore whether there is a connection with and a continuous strand from this leaning. This paper boldly introduces aesthetics as a prime aspect of the pragmatic tradition, defending not only that there is a traceable aesthetic aspect in all of them, but that there is a connection between them that has an outcome of pragmatism understood as a new approach to aesthetics. We start with a presentation of the meaning of pragmatism broadly and strictly conceived, then we move on the importance that Peirce gave to Aesthetics. Then we understand how the conception of experience of James along with his conception of pragmatism resulted in Dewey’s revolutionary conception of art as experience.

Julian Tobias Klar, Siblings in Spirit? – A Comparative Perspective on the Political Theories of Hannah Arendt and John Dewey

The video is here. What is the political, how does it work, and what makes it distinct as an expression of cultural plurality and of different modes of living together? Is it only public or is the private political, too? In the main part of my talk, I will introduce Arendt’s and Dewey’s conceptions of the public sphere as a creative space of individual self-expression and of societal (self-reflective) inquiry, and afterwards I will employ my arguments from this part for probing Arendt’s and Dewey’s political theories’ potential for attaining an integrated theory of the political by engaging Arendt and Dewey in dialogue with one another, based on their political thinking. Such a theory, I argue, can be conceived of as a proceduralist and strongly republican variety of pragmatism. It is trans-, not only inter-disciplinary, in as much as it activates scholarly agents as well as societal agents, and citizens and engages them in continuous dialogue with each other. I conceive of Arendt’s and Dewey’s political thinking broadly, utilizing their published works as well as source material for my argument. Refining the idea of “comparative” political theory, I examine what it means to define complementary origins of comparison in political theory, discussing, in this context, some possible fallacies and common misconceptions in interpreting, too, and to what extent my own research is situated between inter- and transdisciplinary research on the political.

Leslie M. Murray, For the Time-Being: Creative Normativity and Placemaking

The video is here. Human beings create structures in the world. One way to look at this creativity is through the lens of normativity, stability, and belonging. Normativity standards to which humans will adhere. These vary by culture. We seek stability amidst continually changing landscapes and timespans. We also seek a feeling of belonging within the groups we inhabit, and even as sense of belonging unto ourselves. The creative nature of our real lives requires constant innovation. With an understanding of these shifting grounds, we can make plans that go beyond merely maintaining outmoded rules, preserving temporary individual and societal stability, and re-placing ourselves, for the time being, at the limits of stability be to create a sense of belonging. We can change our actions to anticipate new orders of normativity. We can create wider platforms that provide stability for the time-being and enable communal networks of inclusion that are open to accepting the widest range of individuals and communities into the larger, global and temporal processes. Using Bruno Latour’s Actor Network Theory provides a “place” to start making sense of the interactions in and amongst the time-beings of our evolving planet.

About the Spring Creativity Conferences

In the course of its deliberations some years ago, the Board of the Foundation for the Philosophy of Creativity (FPC) decided that its affiliate Society in the Central Division of the American Philosophical Association could have a greater impact on scholarship and new work on the philosophy of creativity by expanding its programming and basing the spring meeting at the AIPCT. The AIPCT and Southern Illinois University has already begun hosting the Hahn Lectures and they were drawing more attention than the programming at the APA Central meeting. Thus, beginning in 2019, AIPCT began hosting a Spring Creativity Conference. The second creativity conference was held just before COVID closed everything down in 2020, and the 2021 meeting was entirely on-line. Now, for our fourth conference, we are able to return to some in-person participation, but COVID has helped us understand that our reach is greater on-line, and henceforth we will be doing our conferences and our Hahn Lectures in a hybrid format. You can view past conferences on our YouTube channel here. Past Hahn Lectures are here.