What happened to the Dewey Center? 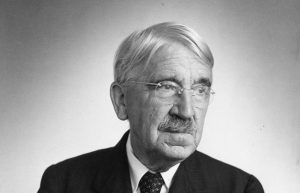 Re: The Center for Dewey Studies:

As of January 1, 2017, The Center for Dewey Studies is closed indefinitely. All funding, even for minimal personnel to keep it open as a research center, has been terminated by Southern Illinois University Carbondale. This is due to the on-going political gridlock in Springfield: we are in the second year of not having a budget for the State of Illinois. The cost to education has already been disastrous, and our administration cannot foresee what resources it will have or need in order to finish the fiscal year. We had hoped that even the modest expense of keeping a skeleton staff would be sustained, but such is not the case. There is currently no clear plan for what to do with the physical resources of the Center, its copies of Dewey’s papers, extensive research library, and various independent collections of material. (The Dewey Papers, Dewey’s library, and some personal effects belong to SIUC’s Special Collections, not to the Center).

The Center has a notable record of achievement in publications. Under the directorship of Jo Ann Boydston, the Center produced The Collected Works of John Dewey (1967-1990) in thirty-seven fine volumes, published by SIU Press. One surprising discovery was a substantial number of Dewey’s poems, edited and separately published by Boydston as The Poems of John Dewey in 1977. Mention should also be made of the publication (and periodically updated) of the Works about Dewey, edited by staff member Barbara Levine. Under the directorship of Larry Hickman, the Center published: The Correspondence of John Dewey in four electronic volumes (completed in 1997), an electronic edition of The Collected Works, and The Class Lectures of John Dewey. At its closure, the Center was in the process of electronically transcribing, proofreading, and editing Dewey’s Lectures in China. Besides its publications, the Center provided a research facility for visiting scholars that included a major library of works about Dewey as well as xerox copies of the papers, correspondence, and other documents stored in the Special Collections of Morris Library. Over the years, scholars from all over the globe, from Iceland to India, came to the Center. For many of these guests, the small town of Carbondale, the rolling hills of the Shawnee National Forest, and the Ohio and Mississippi Rivers were their first experiences of the United States. For most of those years, the Center was located in a two-story frame house, creating an intimate environment for guests and staff. The house was demolished two years ago and the Center relocated to the basement of Morris Library.

The story of how Dewey’s papers and other memorabilia (such as Dewey’s surviving library and his old Underwood typewriter) came to SIUC is worth telling, especially since it highlights a different era in American academia marked by a different outlook on the part of its administrators as well as a difference in the degree of public support for higher education. When Dewey died in 1952, possession of his papers passed to his widow, Roberta Dewey. She established the John Dewey Foundation in 1964 for the promotion of Dewey’s thought. Its Board consisted of Sidney Hook, Ernest Nagel, and Gail Kennedy. When Roberta died in 1970, her estate was divided between the Foundation and Dewey’s surviving children. The collection of Dewey’s papers and memorabilia was to be sold off as part of the settlement. It was then that the Board bought the collection to preserve its integrity and sought a place for it to be housed, eventually determining to deposit it at SIUC. The decision to choose SIUC over Columbia may seem surprising. The fact that SIUC had already embarked upon the project of a critical edition of Dewey’s writings in the early 1960s under the editorship of Jo Ann Boydston was instrumental in that decision. SIUC had also shown an active interest in acquiring material related to Dewey. Kenneth Duckett, an archivist with Morris Library, not only sought out letters and manuscripts by and about Dewey, but conducted a series of interviews with members of Dewey’s family, friends, and colleagues. The expanding philosophy faculty at SIUC, too, counted several scholars interested in Dewey’s thought, among them S. Morris Eames, Lewis Hahn, and process theologian Henry Nelson Weiman. Thus, with a growing nucleus of material and the genuine interest on the part of SIUC, the Board made the decision to deposit Dewey’s papers, books, paintings, and other material at Morris Library. (Further information about the disposition of Dewey’s estate, the history of the Center, including the transcript of an interview with Jo Ann Boydston, can be found in Volume IV of The Correspondence of John Dewey.)

When Boydston retired as Director of the Center in 1992, the University renewed its commitment, hiring Dr. Larry Hickman, then at Texas A & M University, to succeed her. Under his leadership not only was the project of editing and publishing Dewey’s correspondence realized, but the global profile of Dewey was significantly raised: Hickman has been an indefatigable speaker around the world and has done much to promote and develop Dewey’s ideas. With the support of the John Dewey Foundation, he helped establish other Dewey Centers in such foreign countries as: Italy, China, Japan, Spain, Ireland, Switzerland, Turkey, Brazil, Argentina, and France. In addition, Hickman was an able fundraiser for the Center and its mission. Dr. Hickman retired at the end of 2015. Since then, I (on behalf of the SIUC Philosophy Department) and Dr. Paula Anders McNally (on behalf of the Center) have served as co-directors as the Illinois budgetary crisis loomed.

While it is regrettable that SIUC can no longer fund the Center as an open research facility, those involved with the Center can look back at a series of tremendous accomplishments, not least the monumental critical edition of a major American philosopher. There are many reasons why Dewey’s thought, in near total eclipse in 1961, is now once again a powerful voice in philosophy. Certainly one of the main reasons is the evidence of the range and power of his work provided, now and for the years to come, in The Collected Works. In addition to the people already mentioned, gratitude should be expressed to James Downhour, Harriet Simon, Jean Ohms, and many others for their years of service.

It is possible, should the prospects for our funding be reversed in the near future, the Center could reopen and become effective again.If you wish to encourage such action by the SIUC administration, or merely to express your sense of the role and impact of the Center, I encourage you to contact the Provost, Meera Komarraju (provost@siu.edu) and President Randy Dunn (president@siu.edu).*

*This contact information has been updated since the notice was written.