The AIPCT is pleased to announce a summer reading group. We will study Gloria Anzaldúa‘s masterpiece, Borderlands/La Frontera: The New Mestiza. 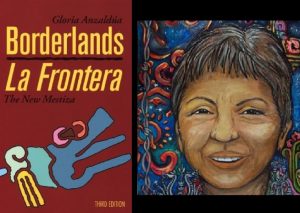 Gloria Anzaldúa (1942-2004) was among the pioneers of a post-colonial writing style that combines autobiography, poetry, social commentary, folklore and storytelling, multi-lingual and cross-lingual intersection, ethnography, and the essay. Striving for a unique expression of viewpoint and standpoint in which all sorts of people from all levels of society can find something to identify with, something that is alternately critical and affirming, and something which strives to empower people whose voices are often silenced. She was an activist, a kindergarten teacher, and a professor of creative writing, feminism, and Chicano studies at the University of California Santa Cruz, among numerous other appointments. 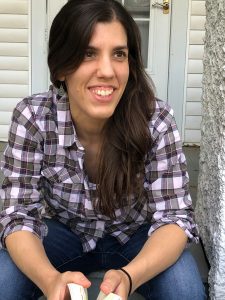 Our seminar leader is Natalie Long. Natalie is a native of the U.S. Midwest. After attending Saint Louis University for her undergraduate degree, she graduated from DePaul University College of Law, and currently practices environmental law in Springfield, Illinois. Over the past decade, she has lived in Chiapas and Guanajuato, Mexico, and studied in Guatemala, Costa Rica, Cuba, Uruguay, and Argentina. Her experiences in Latin America leave her hopeful that – despite a tendency toward the contrary – humanity might some day come close to fulfilling the promise encapsulated in the phrase: “un mundo donde quepan muchos mundos.”

The group will convene via Zoom. When the shelter-in-place order is lifted, those who wish may come to the AIPCT in Murphysboro, but our group leader will join us via Zoom in any case.

To participate, send an e-mail to: personalist61@gmail.com saying you would like to receive the Zoom invitation. The group is free and open to the public.

We will be using the 4th edition (2012, also the 25th anniversary edition) of Borderlands/La Frontera. It may be ordered through Barnes & Noble, Left Bank Books in St. Louis, or at any number of used book sites (e.g., ABEbooks.com) or online retailers.

No knowledge of Spanish is necessary, although significant amounts of the book are in various dialects of Spanish and also in formal Spanish. Our facilitator will help with translation for those who do not have Spanish. It is enough to read the portions that are in English.

All meetings begin at 7:00 PM CST and officially end at 8:30. Further discussion and socializing follows.

All meetings begin at 7:00 PM Central time and officially end at 8:30, although further discussion and socializing generally follow.

Preface to the First Edition

Chapter 3: Entering into the Serpent

Chapter 5: How to Tame a Wild Tongue

Chapter 6: Tlilli, Tlapalli/ The Path of the Red and Black Ink