“A New Genealogy of Neoliberalism: The History and Pertinence of the Lippmann-Dewey Debate,” January 28, 7:30 PM, Prof. Barbara Stiegler 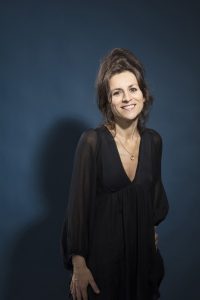 The AIPCT is pleased to announce a lecture free and open to the public, “A New Genealogy of Neoliberalism: History and Pertinence of the Lippmann-Dewey Debate,” January 28, 7:30 PM, by Professor Barbara Stiegler. The lecture may be watched here.

Where does this sneaking, yet ever more oppressive and widely experienced sense of a generalized lagging behind come from? A feeling which is only strengthened by the perpetual decree that evolution must be preceded by adaptation. “Evolution,” it is said, requires “mutations” which allow us to “survive” and to “adapt” ourselves to a new “environment,” already described as unstable, complex, unpredictable, and with respect to which our societies are endlessly accused of “falling behind.” How does one explain this progressive takeover of the economic, social, and political spheres by the biological lexicon of evolution?

The genealogy of this new imperative takes me back to the 1930s, to the sources of a new and very powerful political thought which told a great story about the maladjustment of the human race to its new environment. This new political thought has since been baptized “neoliberalism”: “neo” because, unlike the old liberalism which expected the free self-regulation of the market to create stability and order, the new one called upon the institutions of the state (justice, education, health, social policies) to transform the human race and artificially construct the market. For Walter Lippmann, the American theorist of this new liberalism, diagnosis of our political situation must employ the tools of evolutionary theory. And his first lesson is that the human race, because of its long evolutionary history, is attached to stability in all its forms. However, in the midst of his endeavors to rethink political action on the basis of Darwinian revolution, Lippmann crossed paths with one of the great American thinkers of the 20th century: the pragmatist philosopher John Dewey. While Lippmann and Dewey may have shared the same diagnosis – the fundamental maladjustment of our race to the new global environment it has created itself, the remedy proposed by Dewey constitutes the first systematic deconstruction of Lippmann’s political “agenda.” Neoliberalism had already been deconstructed by American pragmatism in the 1930s, a fact which was since forgotten. By drawing two completely different meanings from the Darwinian revolution, Lippmann and Dewey propose two radically opposed visions of the new liberalism and democracy. But they also provide two powerful and competing accounts of the future of life and the sense of evolution, an old debate forgotten for many decades which now demands renewed attention in the context of the ecological crisis.

Barbara Stiegler is Associate Professor of Political Philosophy and the director of the Soin, éthique et santé (“Care, Ethics, and Health”) masters program at the University of Bordeaux Montaigne. She is also a member of the Institut universitaire de France, a service of the French Ministry of Higher Education that honors professors for their research excellence. Stiegler is a specialist in German philosophy and has authored several works on Nietzsche’s concept of biology and bodies. She is the author most recently of Il faut s’adapter: Sur un nouvel impératif politique. In her work, she sheds lights on the evolutionist foundation of neoliberalism which expect human beings to adapt to their environment. Stiegler takes on Darwinian notions and the adaptation imperative/injunction, and sheds light on the importation of biological notions into politics.

The US tour of Barbara Stiegler is organized and supported by the Cultural Services of the French Embassy in the United States.